How Red Bull Built A YouTube Channel With A Billion Views 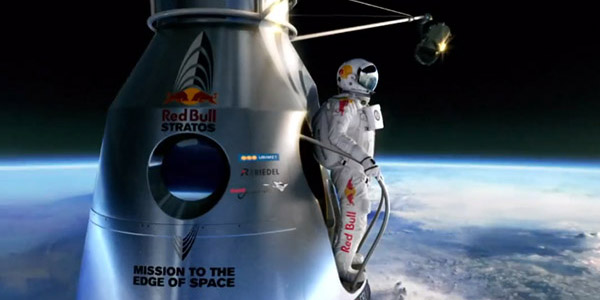 How Red Bull Built A YouTube Channel With A Billion Views

Few modern brands have done a better job of building a brand that delivers results than  Red Bull. The Austrian-based energy drink maker is all about living life on the edge — or at least aspiring to do so as you indulge in a taurine-fueled fantasy one can at a time.

Red Bull is far from the only company to attempt to tap this branding niche, and many direct competitors have even tried to horn in Red Bull’s pasture. They’ve been trampled each and every time by the media behemoth that is Red Bull’s viral marketing approach.

With more than 4.7 million subscribers, Red Bull  has amassed well over a BILLION views, and the media team is constantly adding new content that’s viewed 25K – 225K times, on average.

That’s one powerful viral marketing machine. We’re not likely to see a meaningful rival any time soon, but that doesn’t mean you can’t take advantage of Red Bull’s success by emulating some of the choices that make their channel great.

Free Bonus: Want to go beyond YouTube? Get our One Page Guide To Periscope and Meerkat! Click here to get the bonus.

Red Bull didn’t start out producing anywhere near the amount of video content it’s posting to YouTube these days, and they don’t have a regular posting schedule, but they keep posting regularly. You might get four videos one day and none the next, but you’ll never have to wait long to see some more BMX tricks, skiing tips, or record-breaking parachute trips.

When there are long gaps between videos posted, you’ll generally see your viewership decline dramatically. Red Bull keeps its audience consistently engaged by making sure the content flows freely.

Red Bull knows who they’re going after, and they’re great at figuring out what their audience love. Extreme sport enthusiasts—including those who will never get closer parkour or BMX tricks than when they’re watching a YouTube video and chugging a Red Bull at their desk — eat up pretty much everything the brand has to offer.

Youth, daring, even a touch of foolishness for the sake of a full life—Red Bull makes sure every video published on YouTube clearly embodies the spirit of the brand.

Some of Red Bull’s videos are upwards of half an hour long; some are as short as thirty seconds. There’s also an unexpected variety of sports, stunts, and other activities represented in their videos, featuring pros and amateurs alike—anyone who, for a few seconds or a few minutes at least, fits the on-the-edge image Red Bull’s consumers associate with the brand.

They’ve figured out how to keep the branding targeting spot on while keeping the content fresh. It’s an enviable feat that every company should take note of.

Not only does Red Bull make sure to only publish brand-worthy videos on their channel, the company also makes sure those videos heavily feature the Red Bull name and logo. This cements ever-stronger brand recognition and affiliation in a cycle that subtly (and not so subtly) encourages viewers to see Red Bull as a great destination for some quick online entertainment.

The fact that they’ve actually monetized their YouTube channel by showing ads is a sign not only of the size of Red Bull’s Texas oysters, but of their belief that the brand is worth far more than the drinks it sells.

Red Bull’s primary YouTube channel is by far its most active and its most popular, but it actually hosts a variety of different media under niche channels, from music to specific types of sports—all carefully Red Bull-branded, of course. Their main channel is also broken up into multiple playlists, some simply of related videos and others that are actually a cohesive series.

Different viewers can tune into exactly what they want with ease, from any device—no fumbling around with on a mobile screen to get your Red Bull video boost anytime, anywhere.

Of course, the plain and simple fact underlying all the rest is this: Red Bull produces (and procures) content that people want to watch. It’s thrilling, it’s daring, it’s innovative, it’s exhilarating.

Anyone who tells you their unimpressed and uninspired by a video of a man in a space suit jumping from the upper limits of the atmosphere, essentially launching himself from space back to earth, is either a liar or far too heavily medicated. Red Bull’s content gets the blood pumping, and that’s the number one key to success in any video marketing campaign.