Master Periscope And Meerkat Live Streaming (How To Tips) 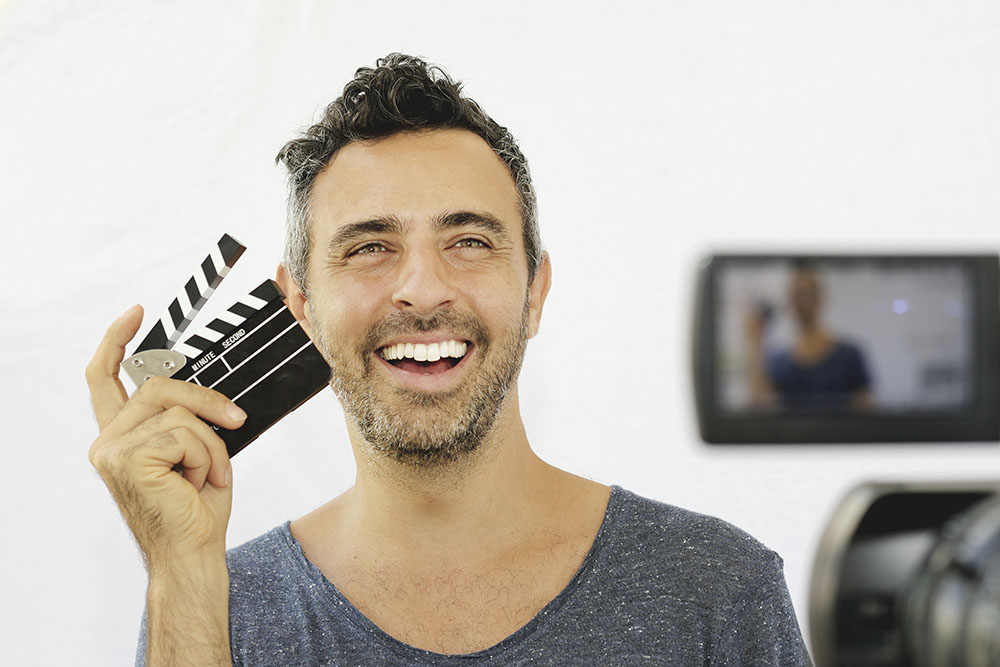 Master Periscope And Meerkat Live Streaming (How To Tips)

Live streaming video services are one of the hottest new marketing trends. With platforms such as Periscope, Blab, and Meerkat dominating headlines, marketers are flocking to these spaces to leverage the benefits of intimate audience engagement and authentic brand portrayal. But while the platforms may be drawing bigger and bigger audiences, not all streamers are seeing growth.

On October 28th, Mark Fidelman, CEO of Fanatics Media, took to Blab to consult live streaming experts Brian Fanzo, Geoff Golberg, and Victoria Fratz on how to make it big on Periscope and Meerkat. Check out the replay below:

Here are the profound insights from these live-streaming authorities:

Brian Fanzo is a Change Evangelist whose brand is currently exploding in popularity. He helps enterprise technology companies integrate tools like social media, cloud computing, and analytics to become more engaged online communities. As the host of #SbizHour and #CloudTalk, Brain has brought his message to companies such as Samsung, Microsoft, IBM, and Dell.

Geoff Golberg is a digital marketing and customer acquisition consultant who assists various brands expand and grow their business. As a self-proclaimed student of live streaming video and the #4 Meerkat streamer in the world, Geoff has nearly 30,000 followers across his live streaming accounts.

Victoria Fratz has become famous as a social media personality with more than a quarter of a million followers across her social channels. Victoria is widely known as the #MeerkatQueen for her constant pursuit of generating crowd-pleasing content for her audience.

Is Live Streaming for Everyone?

At the top of the Blab conversation, Mark asked his guests if they believe that live streaming is for everyone, or more so just for marketers and influencers.

Brian believed that these platforms are truly for the masses, as live streaming is about telling a story, and everyone has a story to tell. He stated, “I believe that storytelling is something that will never go away.” Brian went on to point out that these streaming services open a portal for individuals to express an authentic portrayal of themselves and that the platforms are a true game changer.

Geoff expressed the difficulty of effectively communicating in 140 characters on Twitter and stated that there is no better way for him to convey to an audience who he is and what he is about than on long-form streaming services.

Victoria felt live-streaming platforms are similar to YouTube or Snapchat in the sense that they will soon become overcrowded and thusly stated: “The top players, the best people, are just going to rise to the top”

But Mark was unsure if everyone is interesting enough to start a stream and asked his panel their thoughts.

Brian felt that while not everyone is all that interesting, everyone has a story to tell. He did, however, warn, “If you suck offline, you’re going to suck on live stream.”

Geoff said that no matter who is streaming, it adds utility and depth in certain situations.

The Benefits of Live Streaming

As the conversation deepened, Mark asked his panel if there are benefits to personal brands and corporations participating in live streaming.

Victoria emphasized that it’s a delicate balance; if an agency pushes marketing materials too hard, it will backfire and people will be turned off. She went on to say, “People are very smart, they know exactly when they are being sold to.”

Mark then asked, “What’s the point on being on these platforms if it isn’t for some kind of revenue opportunity?”

Brian said if revenue generation is the goal, it must be done authentically. He discussed how people buy from brands they can relate to and find authentic and if a brand can humanize itself, folks will seek them out. He went on to state that, “You don’t need to sell on stream, in my opinion, to make money.”

Geoff concurred as he revealed that the stories expressed through live streaming benefit his personal business. Through connecting on live streaming people look him up and reach out.

Mark then wanted to know if it made sense for brands to sponsor live streamers to leverage their popularity.

Brian expressed that it must be the right company connecting with the right audience and that the collaboration must be more of a partnership than a sponsorship.

Geoff believed unequivocally that it works as he pointed out that The Funky Fairy teamed up with Meerkat to live stream themselves making shirts. As a result, business ultimately doubled.

Mistakes and Challenges Along the Way

Mark asked the group what challenges they see brands facing on live stream.

Brian concluded that brands must learn to trust whomever will conduct the stream and that businesses are afraid of live streaming because they have no way to handle the unknown as it arises. He advised them to release this fear saying, “I think control and perfection are an illusion.”

Mark then wanted to know what mistakes the guests have made along the way to livestreaming stardom.

Geoff stated, “It wasn’t success out the gate. I had 50 streams to begin with where I had 2-3 viewers.” But he asserted that consistency is key in audience building as he said, “When I stream on Meerkat and Periscope, I make it a point to address quite literally every single comment, and that could even be coming by way of trolls. So interaction and engagement is key.”

Mark asked, if a streamer had 0 subscribers, what advice for audience building would his guests give?

Brian’s most effective method is all about educating his audience. Once they are engage, he has found folks will ultimately follow across multiple mediums and platforms.

Victoria said, “I definitely recommend just to prep out your streams.” Prepare bullet points, stay on track, and be yourself. Additionally, streamers want the theme of the stream to have an evolution.

Geoff proclaimed: “It’s very simple. You start by observing, you view what others are doing, whether they are individuals, or brands who are early adopters, you start interacting and engaging with them.”

As the Blab was ready to wrap up, Mark asked what is next for live streaming.

Brian: “I think analytics are the big piece we are going to see grow from this platform.” Geoff concurred.

Live streaming is gearing up to make a huge impact for personal brands and public businesses. Think live streaming is right for your brand? Let us know and we will help you go live in a big way.