What Does 2018 Hold For The Future Of Performance Marketing? 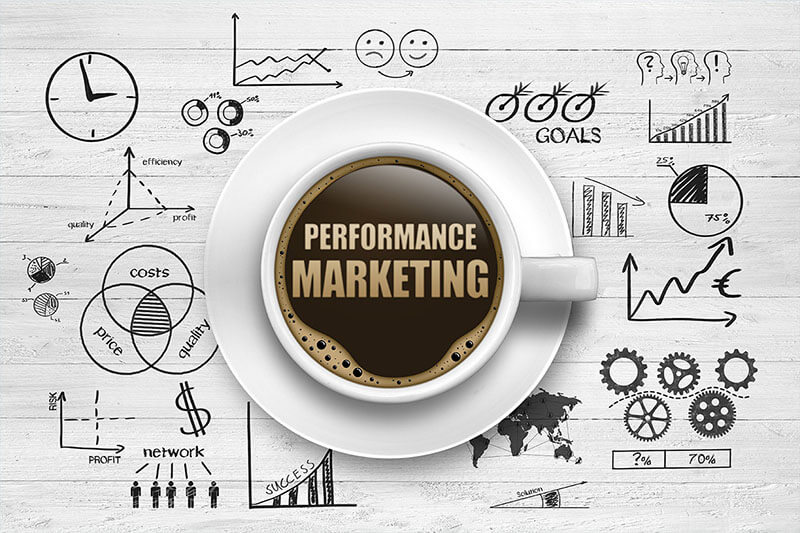 What Does 2018 Hold For The Future Of Performance Marketing?

One discipline that rarely emerges in this type of exercise, however, is affiliate marketing. This strategy is often overlooked because it is a highly misunderstood process that often plays out in the background when compared to other techniques.

Adding to the confusion, the industry is rapidly entering a new era, complete with its own idiosyncratic tactics, tools, structures, and anomalies.

Affiliate programs, despite people’s tenuous understanding of an effective framework, can be one of the most valuable and prosperous modalities employed by a brand.

Because at its core, affiliate marketing only pays for the results it can quantifiably recognize and measure; there is little to no waste.

To best employ this practice in an effective and streamlined fashion, it always helps to consult and expert. Few folks understand this concept better thanRobert Glazer.

Robert is one of the world’s foremost authorities on affiliate marketing. He is the Founder and Managing Director of Acceleration Partners – an affiliate program management agency that works with brands like Target and Reebok, and author of the best-selling book, Performance Partnerships, The Checkered Past, Changing Present and Exciting Future of Affiliate Marketing.

Robert’s book shines a light on affiliate marketing’s sordid history, past and current evolutions, and how to leverage the modality to better serve an organization and alter marketing and business development practices.

Why Did You Write Performance Partnerships?

“I wrote the book because I think there was a lot of confusion about the affiliate space and simultaneously a lot of opportunities; I really saw the third generation of affiliated performance marketing emerging.”

As Robert saw this new “generation” coming into being, he was also cognizant of the fact that few people had a true grasp on what affiliate marketing really was.

His intention in publishing the book was to “. . . set the historical record straight,” in an objective and thoughtful manner while also owning some of the issues that the industry has whilst sharing his thoughts on the future of digital marketing; something he sees becoming increasingly performance-based.

Most marketing tactics up to this point have a deeply ingrained win/lose element to them. Through this paradigm, new mediums emerge and brands end up cashing in, or an agency does and the brand gets little to nothing in return.

Robert believes that marketers now possess enough data to where this model is facing its final days. With that understanding, he feels that advertisers must move toward an incentive-based alignment to develop a true win/win platform.

This is one of the subtle messages that his book conveys: Your business relationships should be engaged based on outcomes and risk sharing. Missing that balance can have grave consequences.

Let’s Go into Your 3 Affiliate Marketing Generations. Can You Briefly Explain Each Generation?

As Robert detailed, the first generation was before any attribution was applied to marketing and it was all about volume.

Back then, if a brand got a sale and got paid, it was a good sale and no further questions were asked. This basic model inspired immense amounts of growth and innovation, however, it also spawned copious amounts of fraudulent activities.

People were making lots of money through affiliate programs, but not in a way that aligned with brand interests. This ended up resulting in a massive lawsuit, with eBay at the center.

This is when major organizations like Nike and Adidas began to enter the affiliate arena, promoting their own programs. Since these retail behemoths had far different expectations than a lot of smaller brands, their presence began to alter how many programs were structured and maintained.

As demand began to ramp up, so did innovation; this time in the form of SaaS solutions. This is what pushed the industry forward into generation three; its current incarnation.

In the third generation, the focus is on global reach, mobile, and attribution. Increased brand control is also being demanded; the notion of having a platform to maintain, in-house and third-party partners to manage, and operating under a licensing model is complicated but opens up loads of new opportunities.

There are now affiliate marketplaces emerging, though many brands are not keen on making their partners available to competitors. This is where the industry is divided; some are adopting the new model, some the old model, and others are implementing a hybrid model.

Though the notion of an affiliate marketplace is relatively new, Robert believes that is where the industry is headed.

How Do You See this Applying to Influencer Marketing?

“Brand marketing, when you put a fixed dollar on something, it’s always a win or a lose; you’re never going to get it right. . . I think that it is all coming under the same umbrella, but I think the strategy will be bifurcated in the company.”

In Robert’s eyes, these two tactics are essentially the same thing.

As it stands, people are increasingly enamored, yet frustrated with influencer marketing because they are having to pay influencers fixed prices and are demanding higher levels of tracking and measuring performance.

For brands, however, fixed dollar amounts ensure a win/lose scenario as opposed to the win/win performance marketing could provide. Because of how businesses are beginning to leverage micro-influencers, however, the modalities are starting to merge.

Robert does attest that both models will still have their place in the marketing ecosystem, despite their respective mutations, however, performance tracking and measuring are becoming an absolute must in all areas.

What Do You Think the Future of Performance Marketing Is?

Because these sorts of programs offer businesses the ability to combine influencer marketing, PR, and partner and business development, an explosion in affiliate marketing is building; and many of these projects will be mobile and on a global scale.

For this to happen, a deep performance measurement component is an

absolute necessity because every time a new method or modality proves to be successful, rates skyrocket and people end up getting screwed; they end up throwing wads of cash at whatever it is instead of paying for performance and outcomes.

Who, Besides Yourself, Should People Following in the Performance Marketing Space to Help with Their Own Programs?

In Robert’s opinion,  Gary Vaynerchuk is very much about the metrics and data, which is important considering that he experiments with whatever’s new, without advocating a business throwing its entire budget into it; this is a healthy approach.

In addition to Gary Vee, Robert recommends following Tim Ferris. As a publisher, he has built an established name for himself and is authentic about the things he talks about, but still makes sure that he gets paid when he uses his influence to bring a brand to market.

Affiliate marketing is primed to take center-stage in the marketing arena because of its performance-based protocols; something that is desperately lacking in today’s market.

If you are interested in working your way to the tip of this platform, to take Robert’s advice to heart and soak up all the other valuable information he has to share in his book.