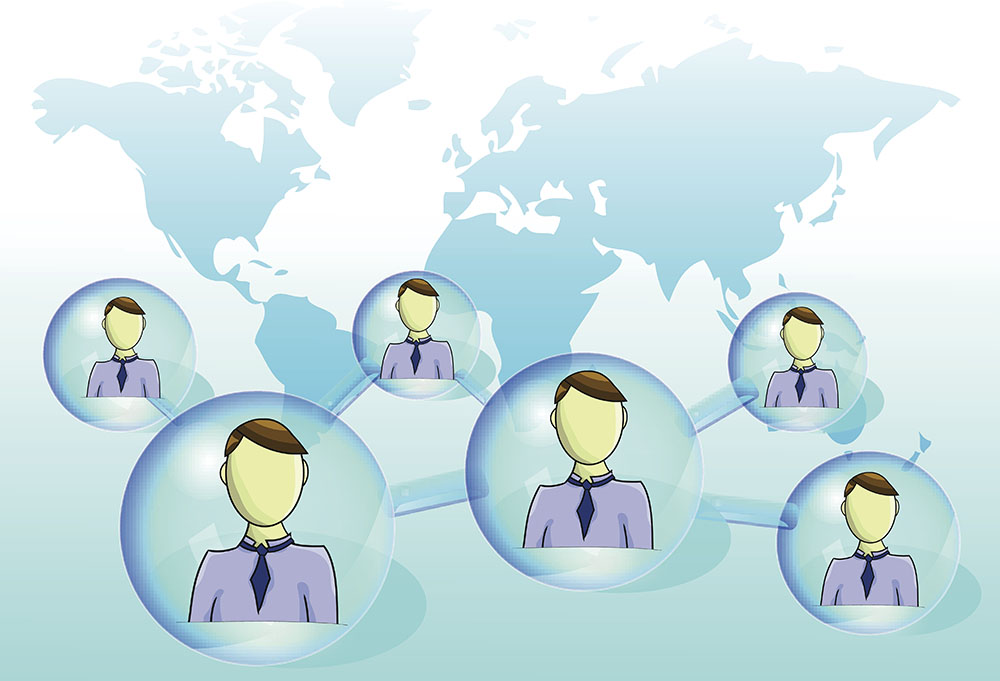 LinkedIn is the largest and most well-known social network for professionals in existence. At the end of 2015, the platform housed approximately 400 million members; a number that continues to increase every year. Most consider LinkedIn to simply be a site for individuals to network and gain contacts and connections, however, the site has grown to encompass so much more.

These days, LinkedIn has become a proven and valuable asset for recruitment, marketing, hiring, research, sales prospecting, just for starters. The issue is that most companies and individuals are not aware of the practices and techniques involved to truly leverage the social network and take advantage of the impact it can have on one’s company or career.

Mark Fidelman, Fanatics Media CEO, sought to remedy this weakness in the 15th episode of our ongoing Blab series. On January 6th, Mark sat down with Olivier Taupin and Lori Ruff to discuss the top marketing growth hacks for LinkedIn. Check out the full version of this illuminating conversation below:

Olivier Taupin is the Chief Social Media Officer for the world’s largest independent supervisor of LinkedIn groups, Next Dimension Media, as well as the Founder of the largest professional LinkedIn group worldwide, LinkedIn:HR. Additionally, Olivier contributed his knowledge and status as a LinkedIn influencer to Co-Author the international bestselling book Build to Grow.

Take a look at some of the highlights from this in-depth and revealing conversation:

Question #1: What Should People Know About LinkedIn Going into 2016?

“What’s really the most important – get rid of the fluff and focus on who you’re trying to reach. How are you trying to network?”

Due to LinkedIn’s recent changes, profiles are now easier to update than ever as this is automatically presented upon viewing your profile. And since the site is now accepted and used for various things like business intelligence, sales, marketing, etc. “You’ve really got to message your profile for the people you’re trying to attract, not just for yourself and what you think you need to portray to the world.”

Moreover, it is essential to optimize the time you spend on the site to have the most impact possible. People can seek out groups where their audience may reside, but if people are not engaged in these places, it is best to find a place where people are really communicating.

He pointed out that LinkedIn currently has quite a few problems with their database because of various bugs and limiting people through the number of message able to be sent. And while LinkedIn has not been famous for listening to their members, they will have to listen as 2016 is going to see a massive growth in various vertical business networks such as GitHub and Spiceworks.

Many of these portals are valued at billions of dollars and more will begin to emerge and be well financed. People and companies will soon realize the effectiveness of these platforms for job search as they are more niche networks without the necessity to wade through all the noise of places like LinkedIn.

Question #2: Does LinkedIn Have an Identity Problem Right Now?

“For me it’s really more of a recruiting group. I use it daily for marketing and it’s a fantastic platform.”

People tend to criticize LinkedIn’s lack of vision or true identity, but Olivier felt that what they currently have works exceptionally well for various efforts.

LinkedIn is not merely for recruiters as small businesses can really see massive growth on LinkedIn for just a few dollars; but they have to know how to do this properly. There is massive value in the various avenues people use LinkedIn for. For example, universities are now on LinkedIn and want people who are trying to get in; this goes hand in hand with the fact that LinkedIn recently dropped its age membership minimum to 13 years old.

For Lori, she spends about 15 minutes a day on LinkedIn trying to make the biggest dent possible and gain meaningful traction. With that small amount of time she is able to bring in $100,000 deals. The point is that folks don’t need to spend all day on the site to make things happen.

Question #3: What is the Best Way to Find Potential Customers on LinkedIn?

“The way I build my group is really by focusing not on the mass but on the influencers; the most important people.”

By locating influencers first, hordes of others are sure to follow. These people are located through precise keyword searches, and overall, one of the best and most powerful features of the site is the advanced search function. With this tool, searches can be sorted and refined in a multitude of ways and by signing up for LinkedIn Premium, more of these results will be revealed. Olivier felt that anyone can be found if people have an understanding of Boolean connects.

The other way is through groups. “Groups is the second most important tool after the [advanced] search.” It is advisable to follow as many groups as you can. When people are in groups together it is like increasing your network.

When entering the “Groups” tab of LinkedIn, you can see which of your groups is the most active. If Lori wants to be active in a group, she sends a message to the owner or manager simply stating that she is happy to be a part of the group, has looked at the group roles, and greatly looks forward to contributing in any way she can. This will often make group owner far more receptive.

On LinkedIn it’s all about building relationships; the question is how to do that quickly. Lori does this through targeting a particular business, job title, etc. through the advanced search and adding others to contacts by clicking the star on their profile and sending them a message. When reaching out it is important to touch on points of common interest which relay the rational for connecting. And again, if people sign up for a Premium account, more results will be available and the search is likely to be more fruitful.

Additionally, Lori spends five minutes a day interacting with her network through likes and comments. This way if she likes something, people will see her name. If she comments on something, they will see her name and face; this will help to make you more prominent throughout your network and extended network.

Question 4: What are Specific Examples of How You Found Companies, or How They Found You, Who Ultimately Hired You or Your Clients?

The first way people find her is through the massive amounts of content she produces. A few years back she wrote a piece on the top ten most connected women on LinkedIn since she was number nine at the time. Through this an individual found her and asked her questions based on this expertise. These two ultimately went on to work together in business on various occasions and he is now her boss.

As a second example, Lori spoke of a man who messaged her because they went to different schools that shared the same name. This gentleman was the Vice President of a division for a global manufacturer and so Lori messaged him back asking about his biggest pain points in business. Ultimately, Lori and this gentlemen went on to train all of the sales people in his division as well as three other divisions. To sum all of this up, Lori stated:

“If you’re not there you cannot be found. And if your profile is not built out with things that make you uniquely you, then you also can’t be found and you won’t pique people’s interest about who you are and what you’re all about.”

His company specializes in creating, growing, and managing communities in a professional manner. Since Olivier is the Social Media Strategists behind more than 100 LinkedIn groups and Twitter profiles, he gains customer through people finding his name on various groups. These people will often times reach out asking him what his secret to growing groups is. This is where it all starts for Olivier.

Question #5: What Are the Biggest Mistakes People Are Making on LinkedIn?

The fact is, if you are making an attempt at discussing topics you know little or nothing about, you will be discovered. If you genuinely want to learn more, however, it is important to seek out others and look at what they are talking about, the language they use, and what is important to them. Lori discovers what is important to folks by checking out their recommendations. All in all, don’t fret about the stuff you don’t know, learn the best you can, and most importantly, be yourself.

“Being authentic is essential.”

While Olivier agreed with Lori, he added that the first biggest mistakes people are making comes in the form of their profile’s banner or professional headline. This needs to be made as simple as possible and viewed as your personal advertisement. It is the most important line on your LinkedIn profile and should be optimized to its fullest.

The second is profile pictures. These should be appropriate for the individual’s business and people should have a “dress for the job you want, not the one you have” mentality when it comes to profile images.

Lastly is keywords contained in the profile. These must be appropriate for what you are trying to be recognized for and should be optimized to help rank better in the search. Repeat important keywords throughout the profile and be sure they are included in the professional headline as well.

LinkedIn can be a massive effective driving force for any business or individual if used correctly. There are tons of other valuable tips, tricks, and techniques to be uncovered in the full replay that will help you become a LinkedIn powerhouse.

Want to know more about leveraging LinkedIn’s 400 million members? Give us a call at 760-262-4252 or send an email to info@fanaticsmedia.com and can help boost your professional profile.