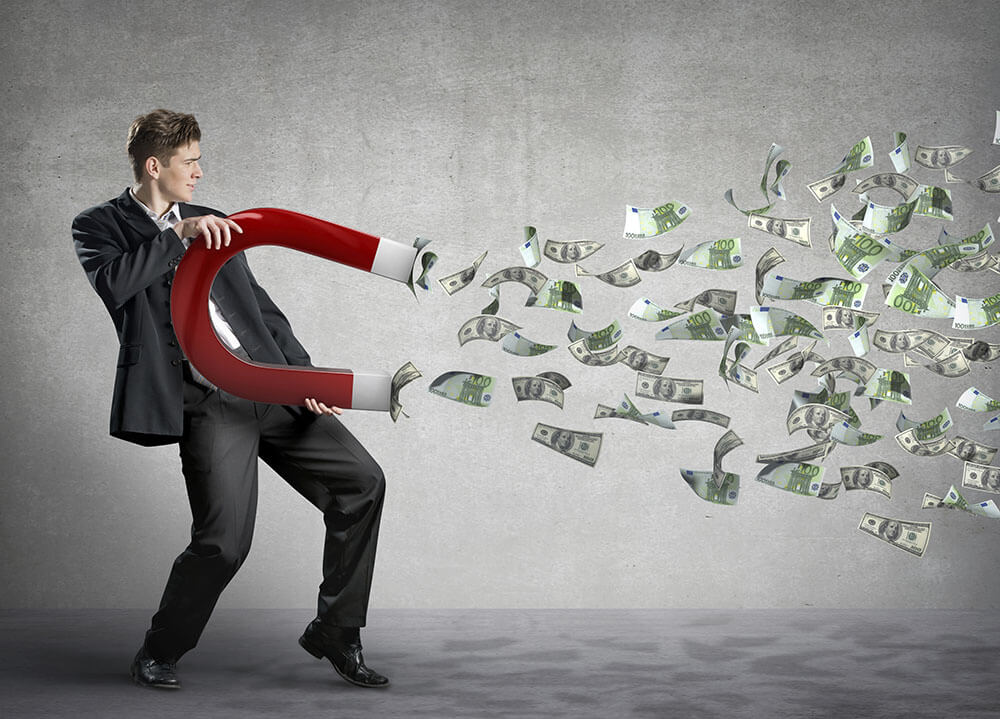 Amazon.com is the largest marketplace the world has ever seen, and if you include all of the other regional and national Amazon sites (Amazon.co.uk, Amazon.de, etc.), the online selling behemoth is even larger still. Led since its creation by its always forward-thinking, and sometimes controversial, founder and CEO Jeff Bezos, Amazon has made a few billionaires on its way to becoming one of the world’s largest corporations. But the Amazon success story doesn’t end there.

With a platform that allows practically anyone to sell almost anything, Amazon has also helped many individuals outside the company create profitable businesses for themselves. Their massive online retail marketplace has minted numerous millionaires, and even sellers who haven’t passed the million-dollar mark have found career-changing success.

But let’s be real: a million dollars in annual sales is a pretty cool figure to reach, and you’d be surprised how attainable that goal really is. Fortunately, WebRetailer recently released the results of their annual Amazon seller’s survey, and they’ve broken down a few trends that the million-plus sellers are doing differently than the rest of the pack.

Free Bonus: Learn how to build a killer brand anywhere on the web with our insightful video. Click here to get the bonus.

These could be your clues to hitting the big time on the biggest retail platform there is.

This first one might come as a bit of a surprise to anyone who hasn’t peeked inside a large-scale retail operation before.

What’s true for Wal-Mart, Best Buy, and other big names in brick-and-mortar retail is true for Amazon’s online marketplace, too—smaller profit margins lead to larger overall profits. While 29% of all sellers have a markup of 10-25% on the majority of their items, this proportion jumps to 45% for sellers who do more than a million dollars of business through Amazon each year.

Less than a quarter of million dollar sellers have an average markup between 25-50%, while nearly a third of all sellers as a whole have margins in this range. Of course, once your sales volume increases, it’s easier to drop the markup on each individual item, but you might want to tinker with lowering your margins a bit first and seeing if that doesn’t nudge things in the direction you want to go.

Though it might seem counter-intuitive following what we just said about slimmer margins, the survey also found that higher-ticket items were responsible for more million-dollar sales levels than cheaper items.

Specifically, while 9% of all Amazon sellers surveyed sell only or primarily books, only 2% of those with sales greater than a million dollars were engaged in the book trade. 12% of Amazon sellers hit seven figures in sales with electronics, and 16% did so in the Home & Kitchen category (including appliances).

You sell what you sell, and chances are this survey isn’t going to make you ditch the products you have for something else—nor should it. But consider adding some higher-end, pricier items in your niche, and see what that does for your revenue and your bottom line.

While most Amazon sellers surveyed—79%, in fact—use Fulfilled By Amazon for some or all of their sales, the program isn’t as popular among million dollar sellers.

For anyone unaware, Fulfilled By Amazon (FBA) allows sellers to tap into Amazon’s powerful logistics network, and to qualify for Amazon Prime status and the free (to consumers) shipping it comes with. It can be a great way to boost sales for some businesses, but most of Amazon’s million-dollar retailers generate the majority of their sales without the FBA program.

It seems like the strings that come attached with FBA might be preventing businesses from growing too much on their own; it makes sales easier, but possibly lower value. Definitely something to consider in your Amazon strategy.

Making Millions on Amazon Isn’t Without Its Worries

Generating seven figures in sales on Amazon doesn’t lead to a carefree existence on the retail platform. In fact, in some areas these top-level sellers worry more than their less prosperous counterparts.

66% of million dollar sellers worry that Amazon will suspend or permanently ban their selling privileges, indicating that this would be a major hit to their overall business. This is pretty much in line with the 61% of sellers as a whole who reported this as a concern, but when it comes to competition from Amazon itself, the $1M+ crowd has it way worse: 64% lose sleep over the possibility that Bezos’ behemoth will start directly selling the same items, while only 44% of the total seller population has this fear.

On the other hand, 43% of all sellers worry about negative reviews and feedback, while just 26% of million dollar sellers worry about these reviews. There’s definitely some safety in numbers, though, and it’s likely that the fear recedes after the sales go up and not before.

Most Million Dollar Sellers Are On Other Marketplaces, Too

eBay, Rakuten, and individual online stores are the top additional channels used by Amazon’s million dollar retailers, but there is a wide variety of other popular options.

The message from the pros is clear on this one: don’t pull all of your eggs in one basket; the more money you’re making from one channel, the more important broad diversification becomes.

That’s useful knowledge for online sales and in any other business endeavor.