How To Build A Viral Digital Marketing Campaign 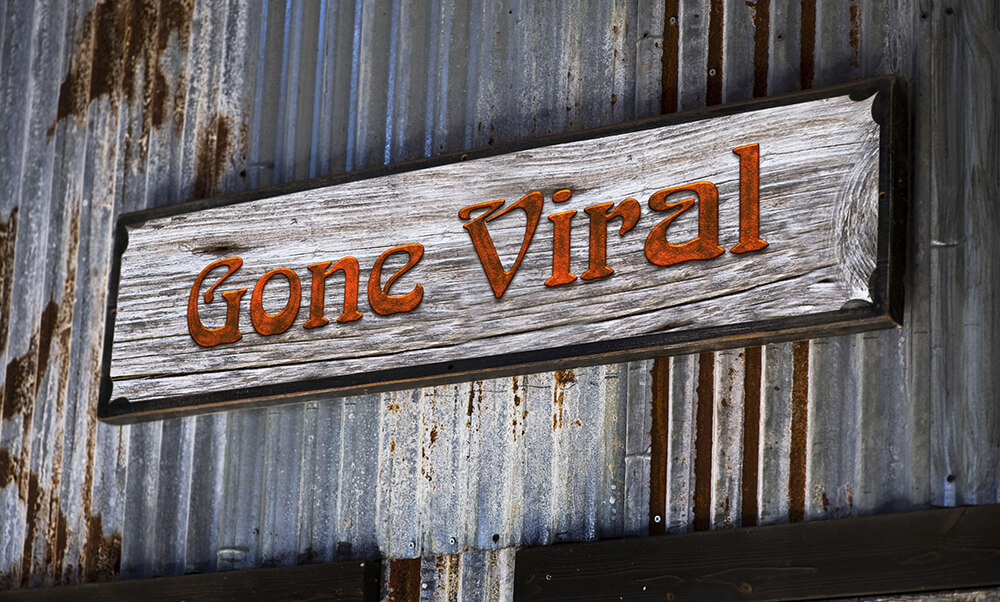 How To Build A Viral Digital Marketing Campaign

Going viral; it’s the fantasy of every last brand and marketer. If a single element of a marketing campaign can manage to reach this elusive and coveted status, thousands upon thousands (or even millions!) of people can be introduced to a message that sends a brand through the stratosphere. One video, one tweet, one article – that’s all it takes to spark the fire that catapults awareness to a whole new level. There are endless examples of instances where marketing campaigns went viral in a flash. But the question is: What makes a campaign go viral? And how can you duplicate these efforts?

Some consider this to be happenstance or luck, and while that may be true on occasion, most viral successes manage to touch on one of the common elements to viral campaigns. Banking on luck is obviously not the goal. Viral status takes scrupulous planning and flawless execution.

To help marketers understand how to build a digital marketing campaign that reaches the masses, on January 20th Fanatics Media CEO, Mark Fidelman, sat down with two of today’s top digital marketers, Natalie Ebel and Chad Warren, to share their insights and experience in the field. Check out the full version of this inspiring conversation below:

Natalie Ebel is the Director of Marketing for Pencils of Promise, a non-profit organization that is bringing quality education to various regions of the developing world through leveraging digital technology and social impact. Natalie has nearly a decade in marketing and has helped develop some massive campaigns.

Here are a few of the highlights from this discerning conversation.

Question #1: How Do You Come Up with the Ideas for Your Campaigns?

One of the best parts of being a non-profit organization is possessing an ability to tell stories in a way that other brands can’t. We aren’t afraid to ask what people are able to contribute and people rarely say “No”. Pencils of Promise’s campaigns don’t require tons of money to put together and it’s really about taking a look at the organizational goals.

As far as establishing ideas goes, it is really just four or five individuals sitting in a room discussing the company’s strengths and brainstorming on how they can be leveraged. For Pencils of Promise, generation Z really rallies around a cause and is a massive driver for their efforts on social. While creativity can’t be forced, for every PoP campaign, social is the real sweet spot. It’s all about asking how can we involve people, how do we trend, and what influencers can we get to be involved?

“Our best ideas, sincerely speaking, come from just anyone and everyone.”

Adobe has an internal group of people that are solicited for ideas as well as groups of people who are not experts that are brought together simply because they want to be involved. Understanding that good ideas come from everywhere has been a big key to campaign success. These people are invited to brainstorming sessions and are even incentivized to attend with the promise of some sort of “kick-back”. There are plenty of smart and creative thinkers out there that can help get outside of the problem.

Chad and his team will go in with a handful of ideas, and a few key factors on how to shape the campaign. First is to keep thing as simple as possible; if it can’t be explained in an elevator pitch, it isn’t worth doing. Next is to ask, “How it evoking emotion?” Also, “A marketing approach here for us at Adobe is what we like to call ‘Inspired by Now’ – what is happening today in the world that makes it right for this thing to happen?”

Question #2: Once You’ve Decided on a Campaign, How Do You Make Sure the Execution is Organized and Effective?

The first question to ask is, “Who can we partner with to elevate our campaign?” The team will brainstorm on who they might be proud to partner with and who is capable of helping to elevate each other’s platforms. The key here, however, is, “Making sure there is alignment and it really needs to be a true partnership.” For joining campaigns, partners might receive placement on the PoP website, Instagram post, and other types of shout-outs to help boost awareness.

The next main focus is communication and messaging to be sent out through emails, social, and so forth. For managing the project, the team utilizes TaskRay and morning scrums to make sure the lines of communication are open and that people are held accountable for their role in the campaign.

Because social campaigns have so many moving parts, there is a massive emphasis placed on strong communication to ensure that everything that needs to be done is getting accomplished. This is achieved through frequent scrums where project plans are well documented on spreadsheets. As far as this bond of communication goes, in-person meetups are much more preferable than virtual to ensure that all the right pieces are put into place.

Question #3: What Else Do You Do to Make Sure that Your Campaign Reaches Your Target Audience and Has Maximum Potential to Go Viral?

One of the major elements to reaching the audience is simplicity. Content and distribution are both major factors; campaign messaging has about 2 or 3 seconds to capture an individual, so when creating content, keeping it simple is vital. In terms of distribution what matters there is ensuring that Natalie’s team gets it in front of the audience and that they understand it in just a couple of seconds. PoP does not do any sort of paid distribution and messaging is simply spread through social sites like Twitter, Instagram, and Snapchat in addition to leveraging YouTube influencers. “Social is so special because it’s a listening tool more than anything. It’s the only two-way communication stream we have with our audience.”

Identifying a relevant industry event or gathering to sort of “piggyback” off is can have huge benefits as people are already coming together and the audience can really be activated at these occasions. With distribution, Adobe has found great success through paid social advertising. Anything that is participatory in nature like contests or quizzes really engages people and has fantastic reach. In addition to influencers and partnerships, another avenue that has been fruitful is through traditional media. While it is not very “in-style” at the moment, these outlets can really move the needle. One thing Chad’s team looks at as a secondary metrics is identifying if the campaign is interesting enough to be newsworthy because this can really help amplify the campaign’s message.

Viral marketing campaigns don’t happen by accident; they are meticulously planned and carried out. To get the full scoop from these marketing gurus, watch the complete replay for all of the other bits of knowledge left to uncover.

Are you ready to take a stab at getting your next campaign to go viral? Give us a call at 760-262-4252 or send an email to info@fanaticsmedia.com and we can help you reach the masses.

PrevPreviousAdvocate Marketing: What It Is And Why You Need It
NextRise Above The Noise With These Genius Branding TipsNext